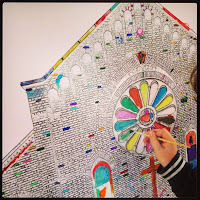 So, what will we do to build on this wonderful event? We're already sharing ideas. We’re not looking to top the street party but we are looking for ways to build on the connections we’ve made and see God’s Kingdom come in our town more and more.
Posted by simon at 10:43 am