Getting personal with U2 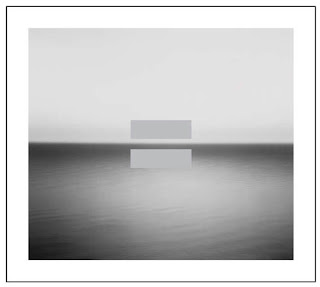 Relax, the new U2 album is sensational!
I reckon it's the best thing they've done since Achtung Baby (one of the ten best albums of all time).
I've been listening to No Line on the Hor i zon - that's how they spell it on the album - first on Sportify (all last week) and since yesterday on CD. It's deep and rich, adventurous without being needlessly experimental and lyrically playful.
The one unsettling thing about the album is the closing track. It is a moody, downbeat, opaque reflection on war in the Middle East that asks where God is among the cedars of Lebanon (the track's title) and ends almost in mid-sentence. It leaves you wanting to hear it all again.
Lyrically, it's very personal - perhaps that's why the 'i' in horizon is left exposed - but as with Cedars of Lebanon, there are hints and nods to wider concerns and the struggle we each have to make sense of and make our mark in the world.
This is a work of a band with nothing left to prove, a band comfortable in its own skin. But it's also the work of four restless middle-aged men, keen to push themselves into new areas, explore fresh sounds and hold on to the energy that brought them to rock n' roll in the first place. They pull it off wonderfully.
So, go on, treat yourself...
Posted by simon at 12:04 pm

Jonathan said...
This comment has been removed by the author.
3:20 pm

Still undecided here. I downloaded the deluxe edition from iTunes (did your copy get the movie with it? that's cool.)

Some great sounds, moved like you by the cedars of lebanon, but then confused slightly by the weakness of tracks like Magnificent, which sound like a bad worship song.

I need to hear it all the way through a few more times i think.

yeah, you gotta give it time.

Brian Eno reckons Magnificent is one of the best U2 songs he's worked on. He is biased, of course!

I've got the deluxe CD but haven't checked out the Anton Corbijn movie yet.